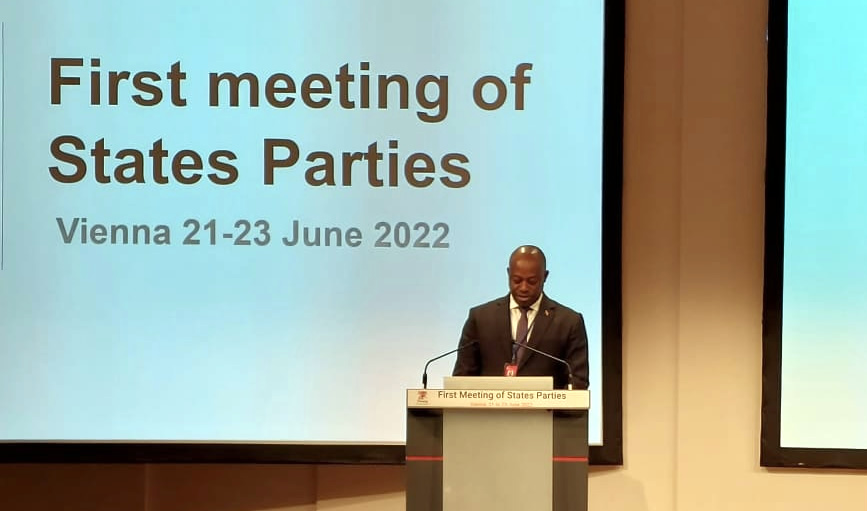 HON. DEPUTY MINISTER FOR FOREIGN AFFAIRS AND REGIONAL INTEGRATION PARTICIPATES IN THE FIRST MEETING OF STATES PARTIES TO THE TREATY ON THE PROHIBITION OF NUCLEAR WEAPONS (TPNW)

Deputy Minister for Foreign Affairs and Regional Integration, Hon. Thomas Mbomba, is currently in Vienna, Austria, to participate in the First Meeting of States Parties to the Treaty on the Prohibition of Nuclear Weapons (TPNW) being held from 21st – 23rd June 2022.

In a statement he delivered on the first day of the meeting, Hon. Thomas Mbomba, called for a collective action of global leaders to secure our planet from the use of nuclear weapons. According to the Deputy Minister, nuclear weapons are the most lethal and inhumane weapons ever devised by humankind. They are unlike any other weapons given the scale of devastation they cause. He added that nuclear weapons are uniquely persistent, extremely fatal, genetically damaging with astounding humanitarian consequences, such as global climate disruption, widespread famine and indeed the utter decimation of our planet once they are unleashed.

The Deputy Minister further noted that the recent rise in the status of nuclear weapons in strategic communications, military spending, and political rhetoric by certain nuclear-weapon States, make risk reduction efforts such as the holding of the First Meeting of States Parties of the TPNW worthy of attention.

In concluding, Hon. Thomas Mbomba indicated that the Government of Ghana was actively working on the domestic legal instrument that would seal the ratification of TPNW to enable the country to join the ranks of State Parties before the next meeting of States Parties.

The ongoing First Meeting of States Parties to the TPNW is opened to States Parties, Signatory States, International Organizations and Civil Society Organizations who are attending as observers. Ghana played an active role in the negotiation of the TPNW and signed it when it was made available for signature on 20th September 2017. 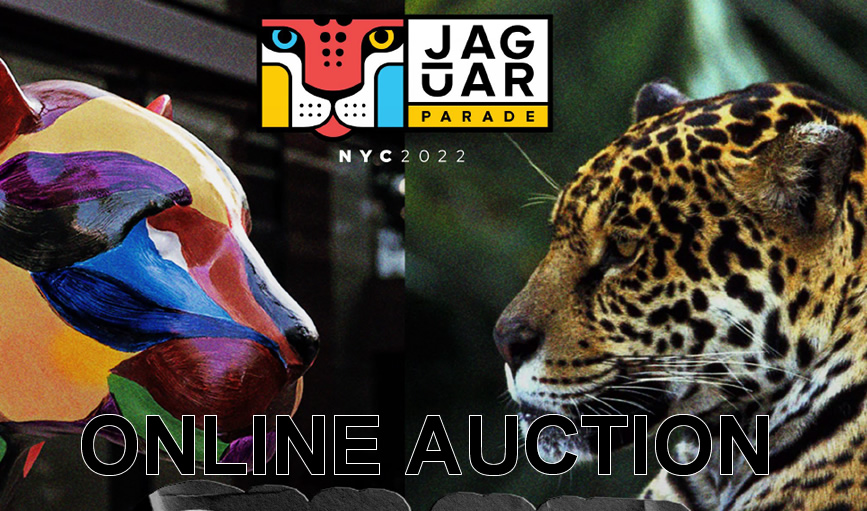 Art in Aid of Jaguars: Online and Live Auctions – NYC 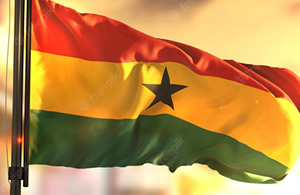 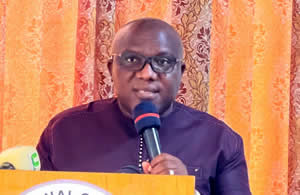 Hon. Seth Acheampong’s Statement at the 65th Session of the Commission on Narcotic Drugs